Showing posts from July, 2016
Show All

The future is in my pocket

By Brother K'Bob - July 28, 2016
Technology is amazing.  My families first computer, aside from our 'Pong' console, was a Commodore Vic 20. Children of today won't recognize it. It was simply a keyboard that plugged into your tv and had a rudimentary operating system on it. You could program in dos and do some basic word processing on it. All in all it was a basic machine, little more than a toy. Now, I'm typing this out on a wirelessly connected miniature keyboard on a small computer that plays music, records video, wirelessly connects to the Internet, and performs a multitude of functions too numerous to list here. When my mother was job searching when I was a child, my father would bring home a massive electric typewriter for her to type out her resume. He would then bring it to his office to photocopy it. She would check the  help wanted section of the newspaper and physically visit each office to drop off a resume. She would then have to wait for a phone call and hope she was home to
Post a Comment
Read more

By Brother K'Bob - July 26, 2016
Once again I have found myself too many days away from my keyboard and not writing like I should. And I am kinda frustrated with myself. I've missed a couple of perfect opportunities for blog posts as the San Diego Comic Con just wrapped up and we've had new trailers for Suicide Squad, Doctor Strange, Walking Dead, Justice League and various other properties. I've had opportunities to release links to these on the Meet the Geeks Facebook page and totally failed. If I was being true to myself I would be all over these news releases. Le sigh. So what am I doing with my day off? Cleaning the house and looking up recipes for Matoke. At least the Matoke is geek related. I've been re-reading Transmetropolitan. More on that later. However Matoke is mentioned in the book several times. See geeks, reading comics can make you a man of the world. There's no real point to this post. It's just me ranting. Back to domestic bliss. Stay tuned true believers. ~
Post a Comment
Read more 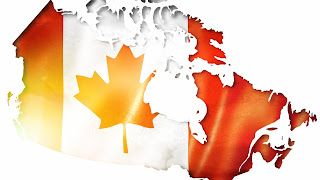 Happy Canada Day Geeks! No, I didn't get out to celebrate. I had to work. I did get a chance to spend a couple of hours with some friends and have a delicious dinner. I do consider myself fortunate to have been born and raised in Canada. Winnipeg especially. When I think on all that Winnipeg has going for it I feel lucky indeed. For our US Geek friends here is what Canada Day is. From Wikipedia: Canada Day (French: Fête du Canada) is the national day of Canada. It celebrates the anniversary of the July 1, 1867 enactment of the Constitution Act, 1867 (then called the British North America Act, 1867), which united the three separate colonies of Canada, Nova Scotia, and New Brunswick into a single dominion within the British Empire called Canada. Originally called Dominion Day (French: Le Jour de la Confédération), the holiday was renamed in 1982, the year the Canada Act was passed. The Geeks would also like give their respect to those who have served in the Canadian Ar
Post a Comment
Read more
More posts